A downloadable mod for Windows and Linux

If you haven't played the main game yet, I'd gladly recommend you play her tears were my light by NomnomNami. This mod requires some basic knowledge of the story presented in the main game.

In this mod/fangame, I've decided to... make Nil a little bit more creepy... to say the least. There's a bit of gore, so don't play this game if you have weak nerves.

Has two really short endings, it shouldn't take you longer than 10-15 minutes.

Download the zip, unzip it's contents in some directory and then run the executable (or the bash file if you're on Linux).

this time it was easier to see the other ending.

I'm scared to play this but it looks super good...

She haunted my files just because I said no.

Well done for this humorous mod/ sequel, including the unexpected but wacky "exception" screen.

Not sure if this is a bug, but I would've thought it more courteous for the said "exception" screen to show up (& bow 3 times, as well as sing a ditty by way of apology) immediately after NIL crashes me out, instead of appearing belatedly at the next game launch.

Tantalizingly, SPACE's character -- for the sake of Aphrodite, I'm going to assume she had played too much paintball without proper protection -- shows slightly more skin at a strategic spot. Unfortunately for us all, the game is even shorter than her dress. Thou shalt not maketh a game that ends within 5:55 minutes !

so I'm not the only one into the greek mithology? :D 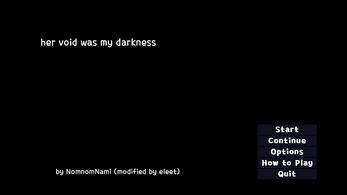 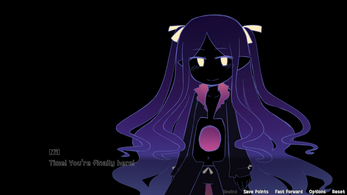 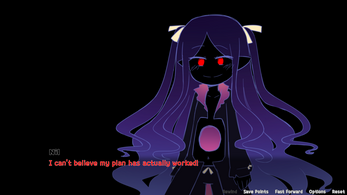